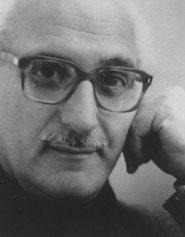 David Malouf, who was born in 1934 in Brisbane, was educated at Brisbane Grammar School and the University of Queensland. His father's family immigrated from the Lebanon in the 1880s and his mother's family came from London just before the First World War. After completing his degree at the University of Queensland, he taught at the Departement for English for two years. He lived abroad in Europe from 1959-68 where he worked as a relief teacher in London and later at Birkenhead. After his return to Australia, he taught and lectured English Literature at the University of Sydney from 1968 to 1977. After that he decided to become a full-time writer and moved to Campagnatico in Tuscany, Italy, where until 1985 when he returned to Australia.

He has published six volumes of poetry and contributed to an anthology of Australian verse in 1975. But more important than his poetry are his novels and novellas. Moreover he has written an autobiography, 12 Edmonstone Street (`85) and three opera librettos. Among numerous literary prizes in Australia and overseas, The Great World wins the Miles Franklin Award in 1990. David Malouf's novel Remembering Babylon was shortlisted for the Booker Price in 1993 and for the same book he received the inaugural IMPAC literature price in May 1996.

This document has been adapted by kind permission of the author from his Malouf website in Germany. You can contact Jörg Heinke at heinke@pclab-phil.uni-kiel.de or visit his personal home page.